The imposition of Martial Law

A final decision regarding the imposition of martial law for the People's Republic of Poland was taken just after noon on December 12, 1981. Provincial militia headquarters and the commands of individual military units received orders instructing them to activate procedures that were elaborated long before then. Even at night on this very day, military and militia units could be seen marching in many different locations. Operation "Azalia", which was aimed at taking control of communication nodes and radio and television centers, was commenced even prior to midnight. Following the effective execution of this operation, all the telephones fell silent for a month. At midnight, the authorities commenced activities under the code name "Jodła", which included the internment of "Solidarity" activists, oppositionists, and (to ensure "equilibrium") some of Gierek's officials. Nearly 3.5 thousand people were interned on the first day of martial law alone.

Simultaneously, members of the Council of State were transported to Warsaw in order to legalize the coup d'etat and to legitimize the newly created extra-Constitutional body - the Military Council of National Salvation. The decrees submitted by the military (illegal even in light of contemporary law) were adopted with one vote against, which was cast by Ryszard Reiff, the leader of PAX.

On the morning of December 13, terrified Poles observed tanks and military patrols on city streets, heard General Jaruzelski's speech and read the official declaration on the introduction of martial law - which, incidentally, had been printed in the Soviet Union. It informed of the numerous limitations imposed on society, among others a ban on strikes and gatherings, suspension of trade unions, and the majority of social organizations, the militarization of a number of sectors of the national economy, the introduction of a curfew and the necessity of holding passes when leaving your place of permanent residence. The control of hundreds of companies and institutions was taken over by military commissars appointed by the WRON. Only one program was left on the radio and television, and several papers continued to be published nationwide.

The first strikes erupted on Sunday, December 13, 1981. However, a veritable wave started only on the next day. By December 14 there were strikes at a few hundred plants throughout the country. However, some of the protests were of a short duration only – people were strongly influenced by the propaganda, which threatened serious repercussions, while numerous trade union leaders were missing, arrested during the first night of martial law. Nevertheless, resistance intensified systematically: in many cities the regional structures, disrupted through internment, were rebuilt, intelligence networks were organized, pamphlets and clandestine papers printed, etc. A National Strike Committee was organized in Gdańsk.

As it turned out, the breakthrough came when ZOMO (Communist riot police) units brutally pacified the "Wujek" coal mine in Katowice, killing six miners, with a further three subsequently succumbing to their wounds. This massacre was effective in that it weakened the will to resist. The majority of strikes came to an end, or was pacified, even before  Christmas; the miners from the "Piast" coal mine, who continued their underground strike until December 28, held out the longest. 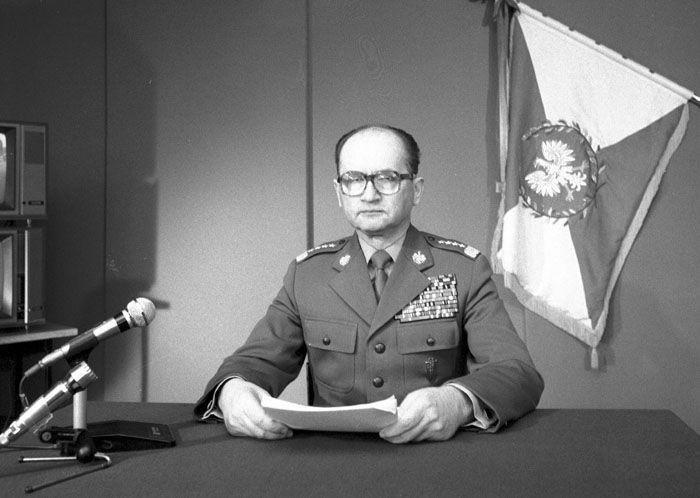