The apparatus of power during Martial Law

The introduction of martial law not only marked a crackdown on the opposition, but also mass purges within the apparatus of power and the Polish United Workers' Party. Throughout the country, thousands of members of the party’s executives, plenums, and control committees of various levels were dismissed – from Basic Party Organizations to Provincial Committees. These purges also included many first secretaries: even in December, 183 first secretaries of Basic Party Organizations were removed from their posts, 59 first secretaries from Plant Committees, 70 from Municipal and Communal Committees, and even two first secretaries of Provincial Committees (in Koszalin and Tarnów). The main reasons provided as justification for the dismissals were "indolence, irresoluteness, duplicity; negating the necessity of introducing martial law and acting contrary to the regulations of the authorities; supporting the strikers, participating in strikes". In total, 88 party organizations were dissolved, including the Municipal Committee in Polkowice, 9 Plant Committees, and 2 University Committees.

The process of returning party membership cards was continued simultaneously. By the end of February nearly 50,000 people were evacuated. By September, the number increased by a further 40,000. The main reasons for resigning from the PZPR included a protest against the introduction of martial law and "disenchantment with party policy". Irrespective of the voluntary resignation from the PZPR, members were being thrown out of the party throughout the period of martial law – due to this factor alone, the membership fell by another 200,000. The decrease in party membership was accompanied by a systematic rise in the average age of its remaining members.

The purges also reached people who occupied managerial positions at various levels. By January 4, 1982, a considerable group of persons had been removed from their posts, including 5 provincial governors, 6 city presidents, 89 chief municipal and communal officers, and 265 managerial employees from the economic sector. In the education sector, 1,249 people - including 6 school superintendents and 303 school directors - were assessed as "unfit to hold managerial positions".

The complete verification of all those employed, not only persons holding managerial posts, covered three professional groups: teachers, university lecturers/employees, and journalists. This stemmed from the fact that the PZPR considered them as important tools of power. The purges were felt the most by the latter - more than 1,000 journalists lost their jobs. 48 university lecturers were dismissed from Academies of Physical Education and 35 from artistic schools; in total, 1,329 employees were fired from higher education institutions subject to the Ministry of Higher Education. A similar number of research workers were demoted (librarians, technicians, and lecturers); frequently, this step preceded dismissal from work. A few dozen vice-chancellors, deans, and institute directors were also removed from their posts. In total, "personnel action" was taken with respect to nearly 11% of all university lecturers. Unfortunately, the collective results of the purges in the education sector are unknown. Furthermore, tens of judges and public prosecutors who harbored any sympathies towards "Solidarity" were also dismissed.

Therefore "cleansed", the apparatus of power was able to face the challenges of martial law. The media, deprived of independently thinking journalists, obediently implemented the propaganda guidelines. All available means were used to accuse "Solidarity" and its supporters of the worst things possible. The party structures conducted other campaigns, too - from the appointment of Citizens' National Salvation Committees (in July 1982, these were transformed into the Patriotic Movement for National Salvation), to the establishment, from Autumn 1982, of new trade unions ("neo trade unions"). The majority of judges and public prosecutors had no qualms (nevertheless, noteworthy examples of independent thinking were observed in this professional group, too) about the sentencing of thousands of persons to terms of imprisonment.

The Secret Police also had its heyday. Its structures were undergoing intensive development, and the number of officers was growing. The number of secret collaborators increased from approx. 35,000 in 1981 to approx. 45,000 a year later, and 55,000 in 1983.

Although following the suspension of martial law, and its subsequent abolishment on July 22, 1983, it appeared that the apparatus of power had emerged victorious from its battle with society, a few years later it turned out that this was in fact the last battle won in a lost war. "Solidarity" and other opposition groups proved impossible to destroy, just as freedom of speech or independent culture. In 1989, the process of regaining our joint freedom began, and Poland was finally in a position to regain its independence. However, the actions undertaken by the Polish United Workers' Party caused us to lose a great many years, leading to the destruction of the economy, the emigration of a few hundred thousand people, the loss of tens of lives, and the unemployment or long-term imprisonment of thousands of productive citizens. Without a doubt, the greatest loss was the enthusiasm and great hopes that accompanied the birth of "Solidarity" - this proved irreparable. 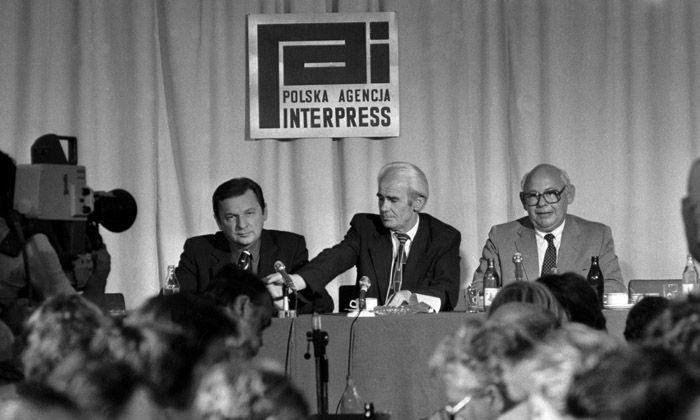