The Bulgarian dictator, Todor Zhivkov, held the post of the Secretary General of the Central Committee of the Bulgarian Communist Party continuously from 1954. After a few years, this power was absolute and Zhivkov skilfully adapted himself to the changes of policy in the Kremlin. In particular, he closely joined up with Brezhnev, to whom he offered to join Bulgaria to the Soviet Union.

Over many years, no organised opposition activity developed in Bulgaria. In the middle of 1970s, Zhivkov’s regime easily coped with the attempts of the opposition movement, which was modelled on the Czechoslovakian Charter 77. Only in 1984, when the policy of the forced Bulgarisation of Turks was proclaimed, an organised resistance emerged among them. There were even a few bomb attacks.

A few opposition organisations emerged only in 1988. In January, the Independent Association for Human Rights Protection (Nezawisimo drużestwo za zasztita prawata na czoweka) was established, in March the Public Committee for Ecological Protection of Ruse (Obsztestwennija komitet za ekologiczna zasztita na Ruse) and in November the Support Club for Openness and Reconstruction (Klubyt za podkrepa na głasnostta i preustrojstwo) which, apart from oppositionists, also included the liberal members of the Communist Party. In February 1989, the Independent Confederation of Labour “Podkrepa” (Nezawisima federacija na truda “Podkrepa”) was appointed. Bulgarian intellectuals submitted the first protest letter, siding with Václav Havel who was imprisoned in Czechoslovakia. In the following months, new opposition groups emerged; among them was the ecological Independent Association “Ekoglasnost”, the Orthodox Committee for Religious Rights Protection (Komitet za zasztita na religioznite prawa, swobodata na sywestta i duchownite cennosti), which was fighting for freedom of conscience, or Committee 273 and the Bulgarian section of the Helsinki Committee, which exposed violations of human rights.

At the beginning of 1989, Zhivkov, while wanting to strengthen his position, referred again to the anti-Turkish policy. As a result, over 300,000 Bulgarian Turks emigrated from the country and in May, riots occurred. In September 1989, rehabilitation for the victims of Stalinism was proclaimed. These actions, however, could not stop the fall of dictatorship, particularly due to the fact that the leaders of the Bulgarian Communist Party were aware of the changes needed. At the turn of October and November in Sofia, an international conference “Ekoforum” took place. It allowed the opposition to reactivate an activity and to ask the West for support.

On 10 November, Zhivkov was ousted from the leadership of the party, which was now led by the Prime Minister Petar Mladenov. A week later Mladenov became the President. On 18 November, the society took part in the changes – the first of series of demonstrations took place in Sofia. During these demonstrations, people demanded democracy and free elections.

On 7 December, the scattered opposition groups came together in the Union of Democratic Forces (Syjuz na demokraticznite sili). Under the pressure of demonstrators, the authorities decided to make further concessions: on 15 December amnesty was proclaimed and on 29 December the legal laws discriminating against the Turkish minority were abolished.

On 3 January, 1990, the talks between the Bulgarian Communist Party representatives and the oppositionists from the Union of Democratic Forces started. On 15 January, the section of the constitution which guaranteed the “leading role” of the Communist Party was abolished. Two weeks later, Zhivkov was arrested.

In April 1990, the Bulgarian Communist Party changed its name into Bulgarian Social-Democratic Party (Blgarska socialdemokraitczeska partia). In May, the talks of the “round table” were finished. In June 1990, in free elections, the post communist Social-Democratic Party won; however, president Mladenov was forced to resign. On 1 August, the Parliament chose the opposition leader Zhelyu Zhelev as the next president, who was re-elected two years later during general elections. In the following months, more waves of demonstrations and strikes led to further democratic changes. 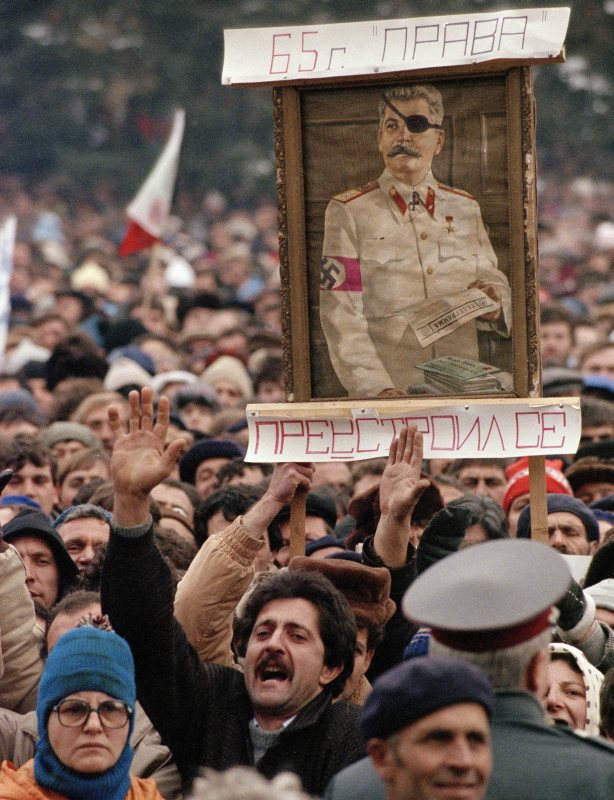 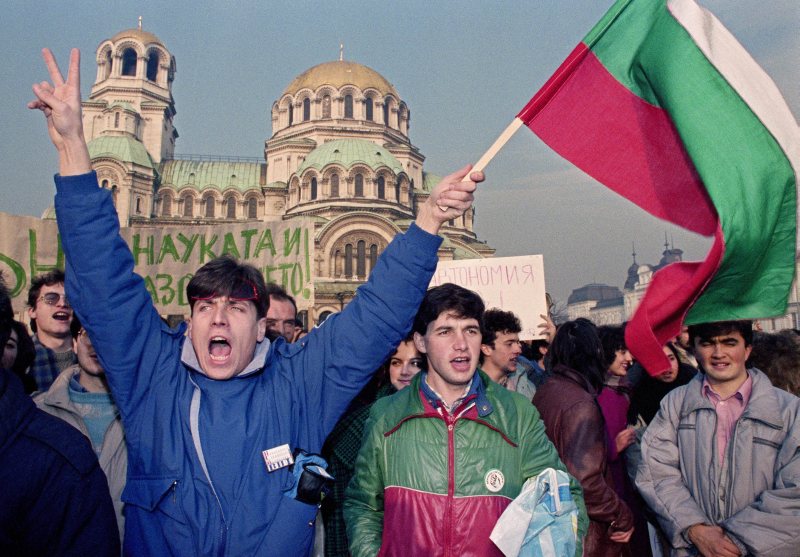 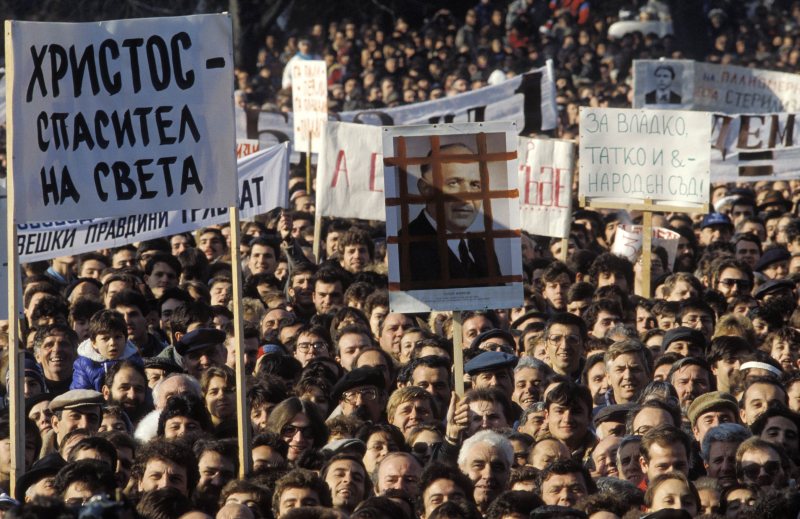