was born on 28 September 1896 in Łódź. As a gymnasium student he was already active in the independence movement. From 1914, he served in the First Brigade of the Polish Legions. Next, he worked in the Polish Military Organisation (POW). He took part in the defense of Lwów and the subsequent Polish-Ukrainian battles of 1918-1919, and then in the Polish-Soviet war.

For the fight for Poland's independence, he was awarded the Virtuti Militari Cross V class, the Cross of Independence and the Cross of Valour (four times).

In 1927 he became head of the Polish Armed Forces Department of World War I at the Military Bureau of History, with the task of organizing research on the history of the Polish armed act before and during World War I.

Promoted to the rank of lieutenant colonel, he retired in January 1939.

After the outbreak of war, at his own request, Lipiński remained in Warsaw and took the position of propaganda chief of the Warsaw Defense Command. Active in many fields of the fight, throughout the entire defense of the capital he served with the greatest dedication. His name was then often recalled alongside with the name of President Stefan Starzyński, with whom he worked closely. Like him, he spoke to the residents of the capital and the soldiers defending it on a daily basis, lifting the spirit and strenghtening the will to fight, regardless of the complicating general situation. He was one of those who strongly advocated defending the capital.

Still in besieged Warsaw, together with General Michał Tokarzewski-Karaszewicz, Mieczysław Niedziałkowski and Stefan Starzyński, he was the initiator of establishing an underground organization that would continue to fight against the occupiers.

In March 1940 he managed to reach Hungary with the intention of going to France and joining the Polish army. As a Piłsudski’s soldier, he was not assigned any functions in the army and was forced to remain in Hungary. In the spring of 1942 he returned to the country and joined the group of the Piłsudskiite resistance gathered around the "Myśl Państwowa" magazine, and later became its editor. Then he co-founded the Convent of Independence Organizations (KON), becoming a member of its Political Department, most probably he was also the creator of the name of this grouping. On 23 February 1944, he was arrested by the Gestapo. Released after 3 months, most likely due to the anti-Soviet position of KON. Due to unmasking, he did not return to work in the underground.

At the end of June 1945, he presented to the head of the Information and Propaganda Bureau of the Armed Forces Delegation for Poland  a project to create a Central National Committee bringing together representatives of individual groups of the underground independence.

Lipiński was the author of the first version of the Memorial to the UN Security Council, in which he described Poland's total dependence on the USSR and informed Western public opinion about the violation of international agreements by the Polish Provisional Government of National Unity. He thus demanded diplomatic intervention and international control of elections to the Sejm, and to allow all political forces in the country to participate in them. In March 1946, he established the National Independence Party, which, as a Piłsudskiite organization, he represented in the Committee, and issued a conspiracy newspaper "Voice of the Opposition".

On 7 January 1947, he was arrested by officers of the Ministry of Public Security. Judged in a trial in December 1947 in Warsaw, he remained heroic and uncompromising. He was sentenced to death, then converted to life imprisonment. He was in the Mokotow prison, and later in Wronki, where he died in unexplained circumstances on 4 April 1949, most likely murdered at the behest of the communist authorities. 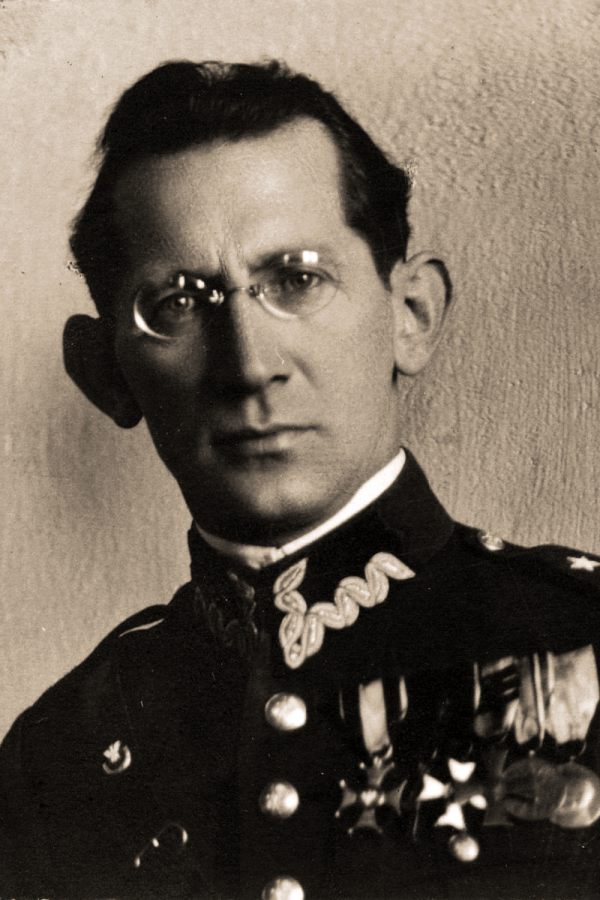